I decided to get rid of Windows 11 from my PC and installed Arch Linux onto my machine. I don’t the like the direction that Microsoft is going with Windows, it getting more and more invasive over the years, they have been on about introducing ads into file explorer, you’ve read that correctly not edge but file explorer, yes the file manager and I find that very scary.

For the average joe or anyone who works in IT, Windows is quite a simple Operating System (OS) to use, I mean they only have to worry about doing things like word processing, doing spreadsheets and browsing the internet. But for the developers and probably administrators however it’s actually a complicated OS especially when you have to deal with their complicated API, but on Linux or Unix that is not much of the case everything is treated as a file, the devices are treated as files for example /dev/sda would be the storage drive could either be solid state drive, hard disk drive or pen drive and /dev/sda1 would be the partition of the storage device, I mean it couldn’t get any simpler than that!

Linux (or Unix) does not even have a registry, like windows has, I always find the registry system a bit overwhelming and if you not careful with the registry you can break the system quite easily. Linux just store configuration in a file which is easier to access without having rely on complex API like you would with Windows registry, as a bonus you can easily create a back of the file by just copying it or by taking a snapshot if the file system support it e.g. brtfs.

Nowadays I’m not into PC gaming anymore, it’s just too expensive especially when people are buying GPU for crypto currency mining and silicon shortage, those factors are driving the prices up. Also I got a couple of games consoles and I play video games on those.

Every time I install a game on Windows, I tend to install DirectX as well, I thought to myself that is not great design at all, I find that messy; This never happens on games console at all.

Linux does quite well with emulators, so far I tested PlayStation 1 and the Super Nintendo, I compiled and installed the emulators from Arch User Repository or AUR. 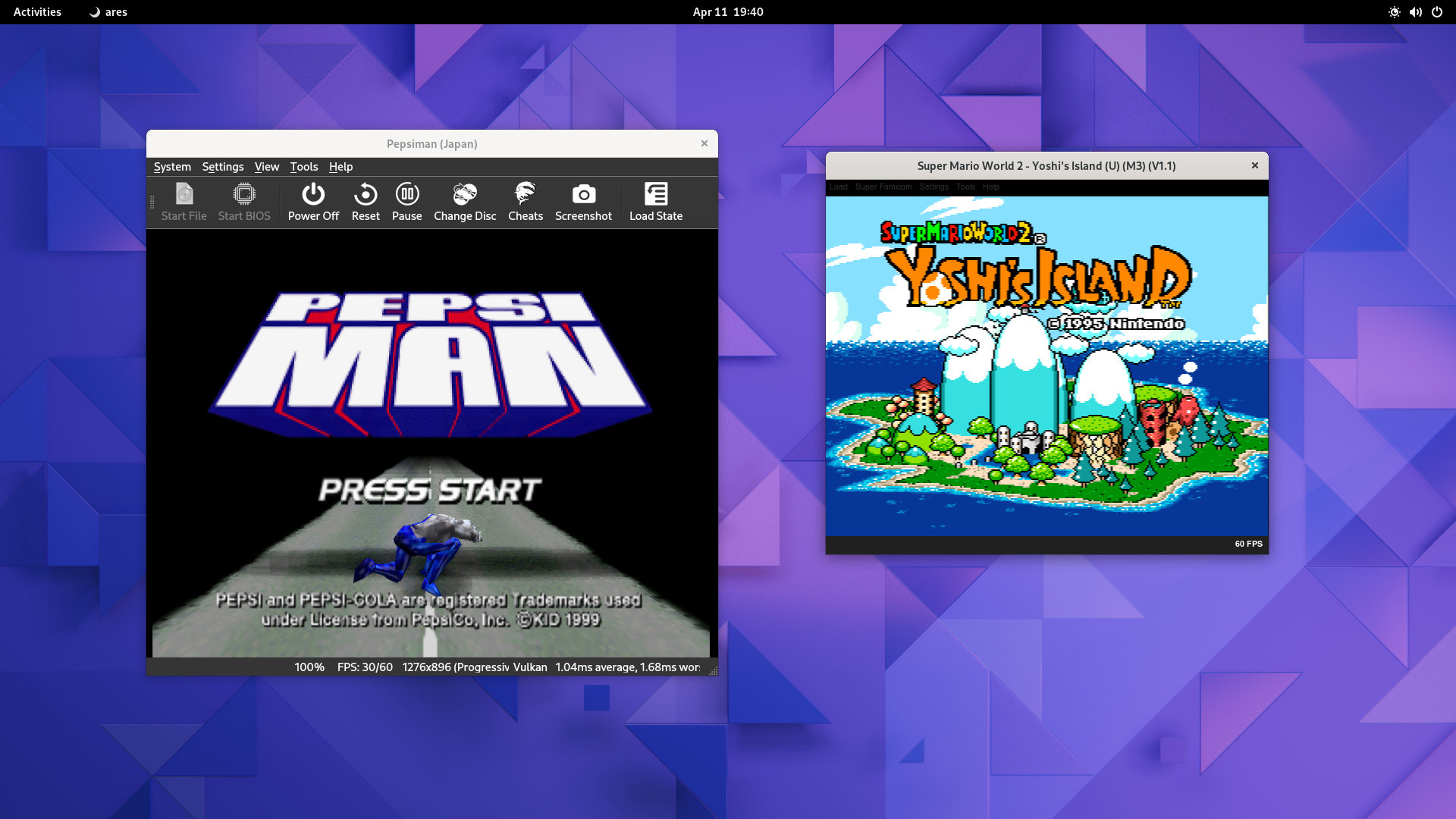 The open source driver for AMD GPU are fantastic, run reasonably fast and does not crash, on Windows the GPU driver keep crashing the whole OS now and then, it very annoying when it happens on a video call, that happened to me a few times.

I can use the Mac for anything else, like word processing and programming, mind you I can do programming just as well on Linux except for iOS development which I’m planning to get into in the near future and I have to use a Mac for that one.

Any graphics related can be done on the Mac with no issue, nothing wrong with owning two different machine. 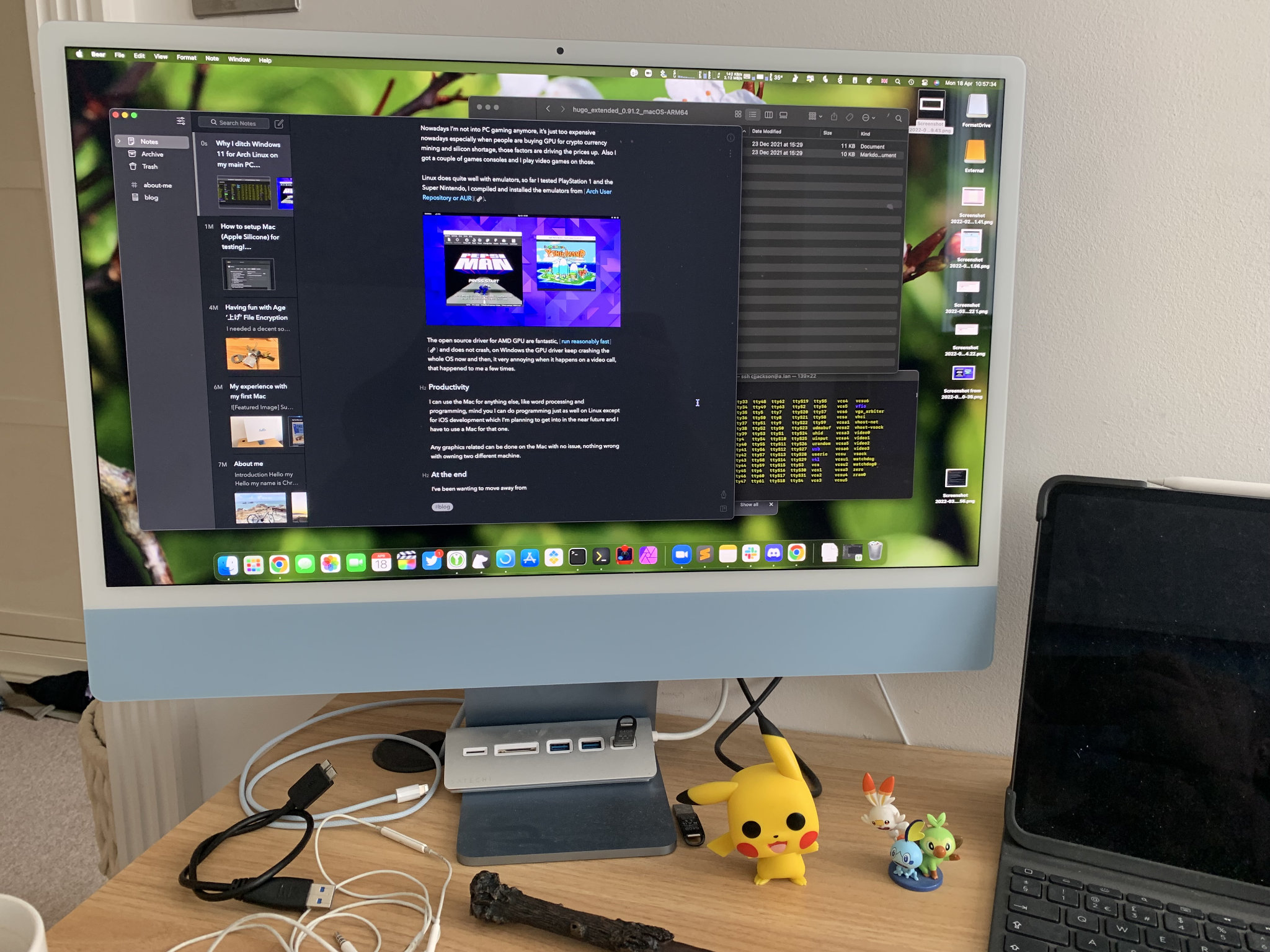 I’ve been wanting to move away from Windows for quite a while now, for when I do need to run Windows, I can run it inside a virtual machine and I have no plans to reinstall it has a host system.

If I need to use different distro of Linux, I can use Linux containers or LXD

Windows registry offer no advantage over traditional configuration files in this day and age, I think it another layer of complexity that the world could do without. I say stick with config file with a sane format such as json or toml .